Take It to MySpace

Welcome to "The Gods Are Bored," a civil rest stop in turbulent times! Park your crappy attitude at the curb, or you shall have no pie! 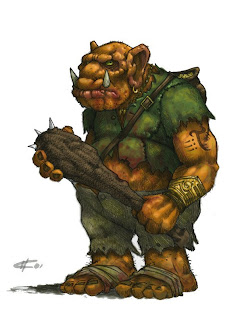 Early on in the life of "The Gods Are Bored," a commenter named BBC appeared on my site. Over time I've found his comments mostly amusing for what they reveal about him -- which is nothing particularly pretty or uplifting.
BBC has shown himself to have a God complex. On many occasions he has proclaimed that he is all the god he needs. Which may be true, but why would he darken the doors of this website more than once? We at "The Gods Are Bored" do not recognize BBC as a bored god. Bored, yes. God, no.
BBC calls the human race "monkeys," which of course is entirely untrue -- monkeys are monkeys. (I'm not trying to argue Intelligent Design here. Our species is Homo sapiens, "thinking ape." The genus Homo has been differentiated from chimpanzees -- genus Pan, and from all other monkeys, for instance, genus Ateles, spider monkeys. Humans are not monkeys.)
Whenever I write about faeries, BBC accuses me of smoking marijuana. This is an illegal activity in which I do not indulge. Nor is it necessary to partake of mind-altering substances to have a relationship with faeries.
The man has chided me on multiple occasions for trying to bring all religions together. I wonder if he can read. The mission of "The Gods Are Bored" is to foster respect for different religions than one's own. Granted, this sometimes includes mocking those who can't bring themselves to be tolerant, but our main goal is to bring back the Old Ones and give them meaningful work among Their people.
All of this frequent commentary I have looked upon with a sort of benign indifference. But I should have acted sooner. In fact, I did try to shut him out after he wrote shockingly nasty comments and emails to another blogger in my sidebar. He has done the same thing again to another blogger on my sidebar. And now he has used my comments section to insult someone else.
BBC's profile picture shows a distinguished-looking man with gray hair. His behavior, sans photo, would indicate a snot-nosed 14-year-old with unfulfilled sexual desires alleviated by nasty cyber bullying. That kind of stuff is the fodder of MySpace, not "The Gods Are Bored."
If I knew more about computers, I would selectively block BBC from this site. I tried a year or two ago, thought I'd succeeded, but he came back. Now, regretfully, I am turning on the comment moderation, so that he can no longer use this space as a forum for his tantrums.
Bye bye, Billy. You are a man, not a monkey. Therefore you should behave like a man. A grown man. Give it a try, and remember ... practice makes perfect.
But no matter how quickly you clean up your act, the faeries have asked me to tell you that you are no longer welcome here. Out on your ear, my dear, I fear. Don't peer here. Is that clear?
Posted by Anne Johnson at 4:06 PM