What Happens When It Happens?

There was no particular controversy back in 1973 when women were guaranteed the right to bodily autonomy in the USA. Then as now, the majority of thinking people in American felt like the government shouldn't be messing in peoples' personal medical decisions.

The only blowback on Roe v. Wade came from certain sects of fundamentalist Christians. At first they made a lot of noise in their own domains. Then the Republican Party needed a platform to attract those voters, and abortion seemed tailor-made.

So, let's look for a moment at America since Roe v. Wade. At the time that decision was handed down, more than 24% of Americans were in labor unions. Now that percentage stands at less than 6. A family could live on one parent's salary. Now they can't. Housing and college were affordable. Now they aren't. There was government-provided day care. Now there isn't. Companies gave their employees health insurance that was pretty comprehensive. Now they don't.

Why is this important? Because both political parties stopped caring about the prosperity of the electorate, but the Republicans in particular.

Just this past year, no one stood up for a terrific child care credit. It expired. Because the babies it served are born.

States will pass draconian laws that roll back certain guarantees that have been in place since 1973. These laws will fall upon people who have never given their rights much thought.

It will be up to those people to go out to vote. If they don't, they deserve to live in the Hellscape that has been created for them.

Now, mind you, the Republicans are trying to find more red meat to fling at these same voters. But no amount of trans-bashing and teacher-bashing is going to overcome the sudden realization by millions of men and women that they may be saddled with an unwanted child. Saddled with pregnancy, which is a tough nine months. Saddled with expenses, one way or another.

It's not going to matter to Karen whether or not there's a trans student on the volleyball team when -- at age 40 -- she suddenly finds herself carrying a baby she doesn't want and can't afford. Critical Race Theory won't matter to Buffy when her cheerleading uniform starts fitting tight and she falls out of the running for 'Bama Cheerleader of the Year.

In New Jersey we have a blue legislature and a blue governor. A woman's right to bodily autonomy is enshrined in the state constitution. And just last week we got legalized weed! 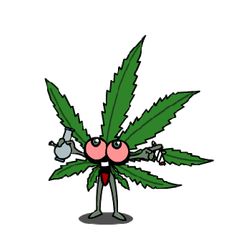 If nothing else, the Republicans have just boosted New Jersey's tourism industry. But my feeling is, this regressive party has just Fucked Around and Found Out. And if it hasn't, the whole mess of a country should be divvied up. Just as when you lop off a rotting limb to save a whole person.
Posted by Anne Johnson at 3:17 PM

I expect there will be a migration out of those states that ban abortion by those who have the wherewithal if we can't get a national law passed through congress. Maybe not right away but as rights are whittled away because doubtful they will stop at abortion.

If men got pregnant, there would be an abortion clinic on every corner.

I agree with everyone here that this wouldn't be an issue if men could get pregnant AND this will accelerate the brain drain from Red states.